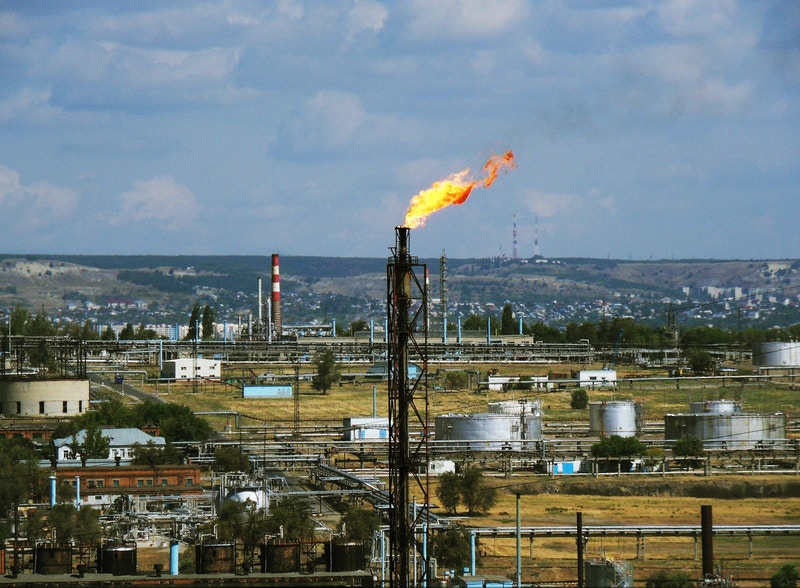 On Jan. 25, North Dakota’s Blacktail Creek saw its largest wastewater spill in 10 years — and one twice as large as the oil that spilled into Yellowstone River in Montana last month.

The spill resulted from a Summit Midstream pipeline full of wastewater that burst into Blacktail Creek.

The wastewater — a saltwater, brine or “produced water,” by some definitions — is a byproduct of the oil drilling process and comes out of the ground after drilling and hydraulic fracturing of an oil well has occurred.

Although some of this water comes from fracking, much of it occurs naturally underground. This saltwater is not to be confused with the fresh groundwater that around one-half of Americans use as a drinking water source; it can, however, contaminate this groundwater if left unchecked.

Complications have arisen in the wastewater spill due to North Dakota’s own saltwater supply. The water in the state is over 17 times saltier than ocean water, and it also contains fracking chemicals, oil and even radioactive material.

The wastewater at Blacktail Creek should have been sent down the pipeline and back underground, but spilled instead. This has created significant problems for locals, like those in the town of Williston, North Dakota.

In addition to polluting the area, the wastewater has also rendered water from the creek undrinkable. Residents say the water tastes like pure salt or sea water with chemicals.

The water is “So bad you gotta brush your teeth afterwards,” said Joanne Njos, who lives near the site of the spill. Njos and her husband, Larry, cannot use the creek as a water source; previously, their grandchildren liked to swim and canoe in the water, but the spill may leave them concerned about safety.

Not only is the water undrinkable, but it could kill wildlife and harm soil quality in the area, as well. Similar spills in the region, like one nine years ago at Charbonneau Creek, a tributary of Yellowstone River, have had similarly devastating effects.

That saltwater spill, which occurred in 2006 around Alexander, ND, resulted in the massive deaths of fish, turtles and plants along the edges of the creek. Human drinking water sources, however, were unaffected.

The company responsible, Zenergy, Inc., spent at least $1.8 million on cleanup in the first year and expected the effects of the spill to linger for years.

The issue shows no signs of abating in North Dakota. An Inside Energy study revealed that spills have tripled between 2004 and 2013, and on average, around five gallons of wastewater spill per minute in the state.

Dave Glatt, head of the North Dakota Department of Health’s Environmental Health division, expressed concern about the wastewater and explained that it can sterilize soil for decades.

“My concern is, if we don’t get a handle on this, if we don’t have appropriate remediation technologies, that we’ll have a landscape that is pockmarked with these dead zones,” Glatt said.