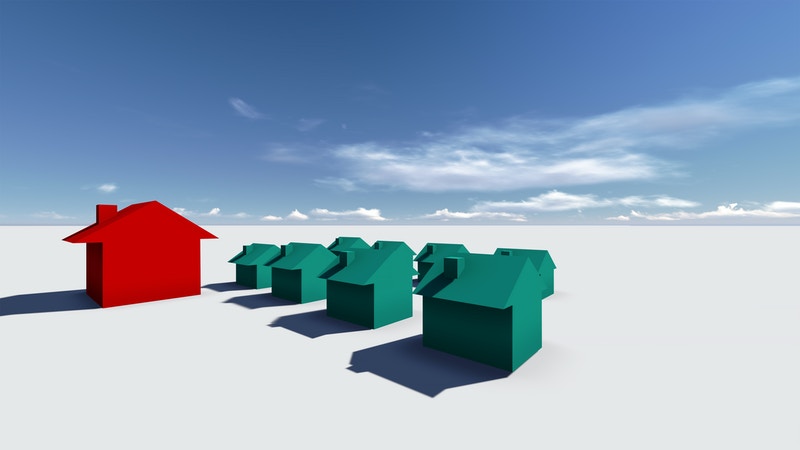 For most of 2013, it appeared as though the housing economy was wiggling toward a rebound. Notwithstanding a few killer snowstorms in the Northeast and natural disasters scattered throughout the rest of the the continental U.S., indications were good that 2014 would be a year that saw a return to confident home-buying. And with a stronger housing market were sure to come more jobs and more general spending — all great factors for improving the overall economy.

Now that 2014 is nearly half over, it’s clear that the indications were wrong. The market is still sagging, much to the dismay of real estate agents, economists and especially those on the market for new homes. So, what went wrong?

According to a new report, sales of new homes has continued to slip down 13% year over year, and the sales of existing homes (which comprise the majority of total sales on the market) is currently down 8%. Applications for new mortgages recently hit a 14-year low, signaling that those who would otherwise think about buying are changing their minds. Janet Yellen, chair of the Federal Reserve, recently said that the decline of the market in general could prove to be “more protracted” than initially expected.

That poses an interesting question: is the housing market just experiencing a minor slip from which it could soon recover, or is it on track to fall off the cliff completely?

It’s important to note, as Yahoo! Finance points out, that last year’s recovery was the sum total of a number of different factors,all of which aren’t necessarily signs of a market on the up and up. For one thing, home sales did increase a bit, but experts believe this was due to investors swooping in and closing them out for fire-sale prices — not exactly the kind of buying that stimulates long-term growth. For another, the market itself depends on young buyers to keep purchasing houses year after year. But the young generations now are the ones addled with student loan debt who still can’t find jobs — not exactly the kinds of folks you can rely on to qualify for mortgages.

“Having your carpets cleaned before putting it up for sale further helps attract potential buyers for many reasons.” says Joshua Johnson, owner of Johnson Floor Care. “It shows the good care the house had been under, dramatically increases the buyers interest, and can remove the idea that the buyers will need to replace the carpets – saving the buyer a tremendous amount of time and money.”

Mortgage rates may even be on the rise as well, some experts have posited. If that’s the case, the endgame might be closer to a completely tumble off a cliff than a minor slip. The longer it takes the market to find its footing, the less likely Americans are going to be to buy. If there ever was a case of wait-and-see, the housing crisis — which is far from over, by the way — would be it.