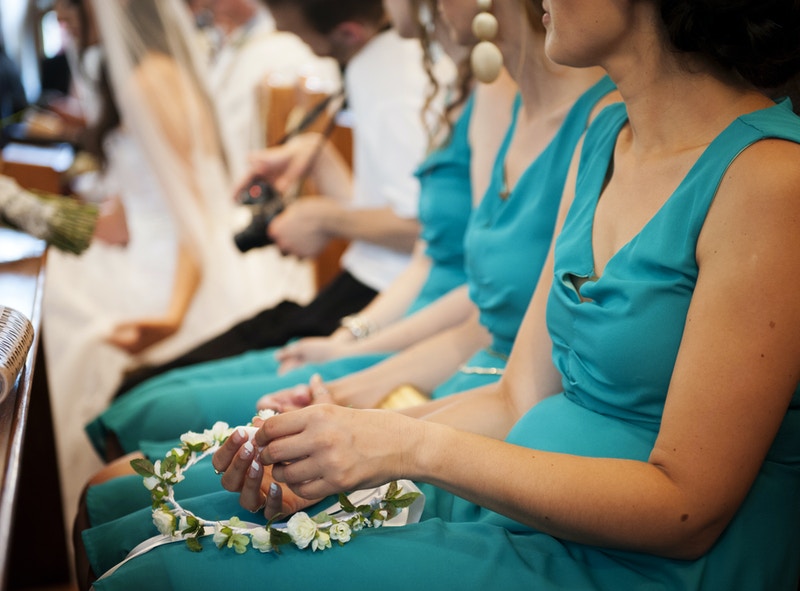 Engagement photos are always great, but what if there was some kind of element you could toss in there to make them extraordinary? What if there was a ghostbusting, comedic actor known for showing up at random places, offering sagacious advice, and making ordinary events feel surreal? What if you could get Bill Murray to join in on the nuptial bliss?

Luckily for Erik Rogers and Ashley Donald, the chance to add such an element arose when their engagement shoot just so happened to be in the right place — Charleston, South Carolina — at the right time.

Wedding photographer Raheel Gauba was shooting the couple’s engagement photos on the steps of a Meeting Street building when Rogers and Donald when something (or someone…) behind him got their attention. Used to the interference of tourists, Gauba told the couple to look straight at him, but the couple couldn’t help but continue staring off.

“I thought who the heck is bothering them,” said the photographer. “I turn around and it’s Bill Murray with his shirt up, belly out, tapping his belly and trying to make them laugh.”

Not missing a beat, he asked Murray if he’d like to be in one of the photos, to which he replied, “Sure I would,” recalled Gauba.

“I took the shot and off he goes,” said Gauba.

Of course, not every couple can have such a once in a lifetime opportunity to get a comedic force of nature to join in on the shoot. However, there are other little tricks couples can use to make their engagement photos and wedding invitations stand out. One couple photoshopped a velociraptor from Jurassic Park into the background of their “Save the Date” mailers.

“With today’s cameras and lighting equipment, anyone can enjoy wedding photos that would fit in right alongside Kim and Kanye’s near-perfect pics. We’ve seen some couples planning nighttime nuptials to try some daytime shots in either casual or formalwear, taking advantage of local parks and gardens and natural sunlight,” says Fred Tilner, Marketing Manager at 42nd Street Photo, a top-rated digital camera store in New York City.

Of course, all that takes quite a bit of creativity, planning, and skill, but with Billy Murray, it’s really as easy as asking him to join.