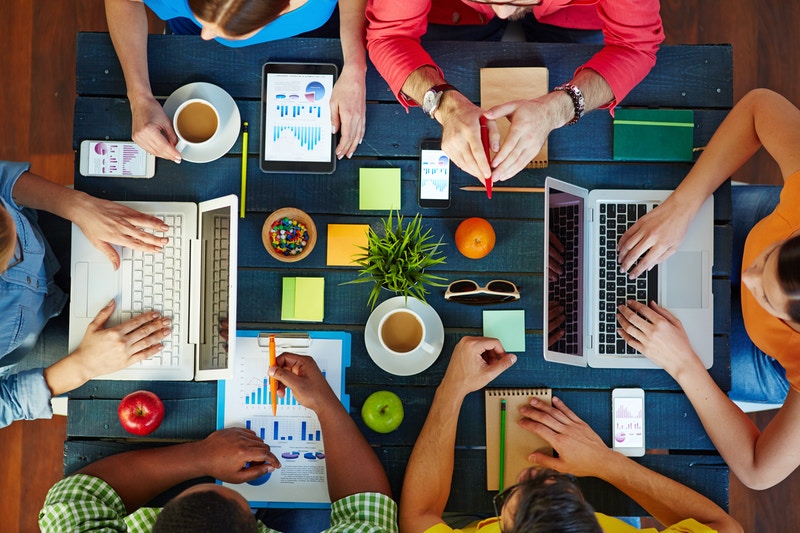 It’s the classic underdog tale. It’s David versus Goliath in the court of law. It’s just a simple guy from Vermont, who quickly became symbolic of the “real food” movement by going up against a massive, corporate chain-restaurant, and after years of legal skirmishes, it finally has an ending.

Back in 2001, screen printer Bo Muller-Moore’s friend Paul, a farmer, asked him if he could make him and his family shirts that said “Eat More Kale,” which they could wear to the Farmer’s Market. Soon, people started asking for their own “Eat More Kale” shirts, which became the perfect piece of apparel to accompany the growing “real food” movement taking over Vermont and the rest of the country. The shirts became a smash hit, and Muller-Moore opened EatMoreKale.com to sell even more shirts — to help spread the movement he believed in.

“Most literally, to me, it means if you are eating more kale, it means you are spending more time at farmers markets, or at co-ops, or you might be a member of a CSA,” said Muller-Moore. “Or you might be keeping company with friends that would rather make a kale salad than get a chicken sandwich.”

However, knock-off “Eat More Kale” shirts started popping up on sites like CafePress.com and Zazzle.com. Though he was able to get many of these sellers shut down, he couldn’t do anything about the ones on eBay, who claimed he didn’t technically own the intellectual property because he didn’t have a trademark.

That’s when the real problem started. In 2011, he sought out the trademark, but the chicken-sandwich chain Chik-fil-A sent Muller-Moore a letter telling him to stop using the phrase, as it could potentially confuse customers with their own slogan, “eat mor chikin” — deliberately misspelled because of the restaurant’s ad campaign, in which cows hold up hand-painted signs with the phrase. In the document, Chik-fil-A cited 30 other entities who’d tried to use the phrase “eat more” and withdrew once they’d objected.

Muller-Moore said he would not be among them, though.

“In our case, we said we’re not going to cease and desist until a federal judge tells us to and as far as the trademark goes, I never wavered from the idea that I deserved protection from copycat artists,” said Muller-Moore.

In 2013, Yahoo! News reported that things were not looking good for Muller-Moore, saying that his odds of winning were less than 10%.

“Generally speaking, sometimes corporations are a little bit more aggressive with their brand enforcement strategy,” says David Sharifi, Principal Attorney of L.A. Tech and Media Law. “In this case, the branding is not confusing to begin with; it’s a catchy phrase, but they’re not similar. This is simply a case of brand zealousness by Chik-Fil-A.”

His court battle drew the support of not only a team of pro-bono lawyers, but also Peter Shumlin, the governor of Vermont.

Things finally came to a head on December 9, 2014. The U.S. Patent and Trademark Office decided to grant Mull-Moore his application to trademark “eat more kale,” posting the news on its website. In other words, David slew Goliath.

Though he wasn’t sure why they made the decision, he did say, “I’d like to think that maybe some persistence and polite defiance, you know, and proving to them that we were in it for the long haul…. If it took us a decade, we’re going to fight for a decade.”

“The message is out: Don’t mess with Vermont. And don’t mess with Bo,” said Governor Shumlin in a statement. “This isn’t just a win for the little guy who stands up to a corporate bully; it’s a win for our state. In Vermont, we care about what’s in our food, who grows it, and where it comes from.”