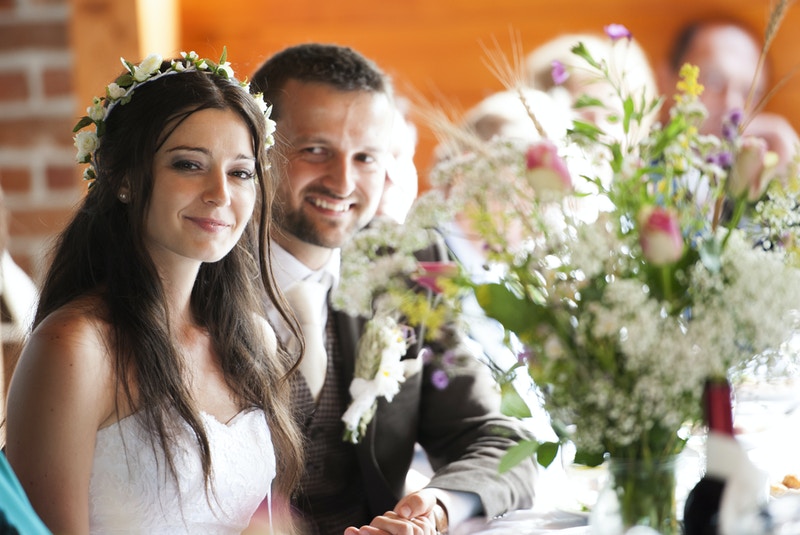 and weddings. Facebook engagement announcements and weddings with Instagram and Twitter hashtags are still relatively new. Unfortunately, that means there is a lot of confusion about the proper etiquette — and more than a few relatives, friends, and couples are committing social media faux pas. Here are some guidelines for saying “I do” with social media in the mix:

Couples, Why You Should Think Twice About Announcing Your Engagement On Facebook

Without some discretion, announcing your engagement on Facebook and other social sharing sites may entail a great deal more than you originally bargained for. First, keep in mind that there are certain family members and close friends who will expect to hear the news directly from you. That means you should talk to them before posting on social media; it also means you should politely remind well-meaning friends and family not to publicly post about it, either.

Also be prepared for your wedding to be, at least to some extent, the elephant in the room — especially if you are planning a small celebration. Posting your engagement to social media will encourage people to ask you about the big day — and some will also undoubtedly ask for an invitation.

Who Posts The First Picture?

Newly weds tend to have mixed feelings about wedding pictures and social media. Even if the new spouses invite you to post pictures on social media — or even live stream videos — there may be some general guidelines to consider and/or follow. “For example, while many couples encourage guests to post pictures of their festivities online, creating so-called wedding day hashtags (often a mash-up of the bride and groom’s last names), Ms. Winikka [Anja Winikka of wedding authority TheKnot.com] said the first photo posted of the bride should come from someone close to her, such as her maid of honor,” The New York Times reports.

Be Courteous To The Bride, Groom, and Fellow Guests

Finally, use some common sense. Most weddings involve some drinking — especially if there is an opening bar. Obviously, you may not want to post a picture of the bridesmaids doing shots to Facebook. Avoid posting potentially dicey photos altogether, and only post silly pictures of yourself.

Social media is slowly changing engagements and weddings. Tread carefully, and remember, be courteous and use discretion at all times.